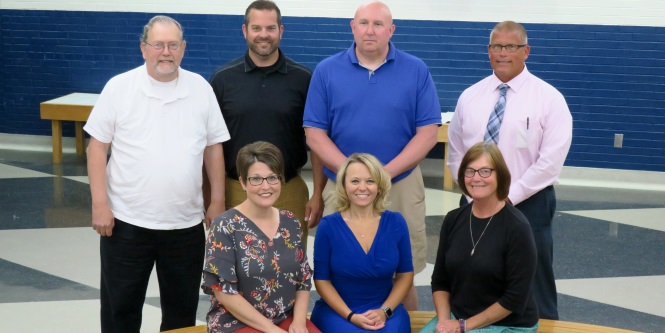 MAPS Board of Education

Dr. Amanda Unger grew up in Reed City, MI but feels very fortunate to call Montague home with her children and husband, Mark. She is proud of living in the White Lake area because it has so much to offer. In addition, Montague Area Public Schools has a magnificent mix of academic rigor and diversity of courses to meet the needs of all students.

Dr. Unger has spent her whole career working in education, first as a teacher and coach, and currently as an administrator. She has a Bachelor's and Master's degree from Ferris State University where she majored in Elementary Education and Curriculum and Instruction along with Special Education, a Master's degree from Grand Valley State University in General and Special Education Administration, and graduated from Michigan State University with a Doctorate in K12 Administration with Central Business Office Certification. One of Dr. Unger’s favorite quotes is by Helen Keller, “Alone, we can do so little; together, we can do so much”.

Mr. Johnson is serving his second term on the Board.   Mr. Johnson believes the future lies within the children of our community.  He would like to do his part in creating an excellent environment for our children to live, learn, and grow in education so that today's children will live full and meaningful lives in hopes that they will in return help the next generation of children. Mr. Johnson is a veteran of the United States Air Force, and has a degree in Criminal Justice.  He has been in law enforcement for nearly 23 years, with 15 of those years as a Deputy with the Muskegon County Sheriff's Office. Tom is actively involved in White Lake Youth Sports, and he currently has two children attending Montague Area Public Schools.

Mrs. Francis is a local business woman who, with her husband, operates Montague Tree Farms.  She has a Bachelor of Science in Horticulture from MSU.  She was elected to her first term in 1997, and has served ever since.  She is currently Board Secretary.  She, as well as her three children, graduated from Montague, and now has two grandchildren in the district.  Cindy believes a school district is the heart of a community, and that providing a quality education for all is the best thing a society can do for its people.  Both the staff and facilities at Montague are something we all can be proud of. Mrs. Francis serves on the Employee-Community Relations, Finance, and Joint Montague/Whitehall committees.

Mr. Moreau is a firm believer in quality education. He feels that MAPS offers that education with it's highly qualified and engaged administrative, teaching and support staff; and this is something he wants to be part of. He wants to be a role model to his children and show them it is important to be involved in their community and give back to the community in which they live.  Mr. Moreau moved to Montague in 1996. He is married to Amy Moreau, and they have three children.  He has been employed at Mercy Health Partners for 21 years and is currently the H.E.A.R.T. Center Manager. Mr. Moreau received his Master of Science degree in Administration from Central Michigan University in 2007 and a Bachelor of Science from Central Michigan University in Exercise Physiology in 1987. He is certified with American College of Sports Medicine as a Certified Clinical Exercise Specialist and is a member of ACSM, AACVPR.  He is serving on the Finance committee.  Mr. Moreau's mantra is: Education is life long, never stop wanting to learn something new. 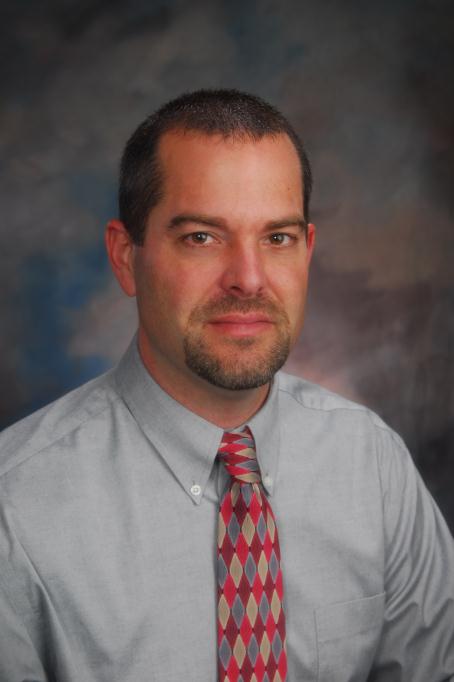 Mr. Beishuizen is serving his first term on the Board.  He is very impressed with the quality of education the Montague Public School system delivers to its students.  He feels we have a very dedicated and qualified staff that pours their hearts into each and every one of the students.  Mr. Beishuizen has lived in the Montague area his whole life and graduated from Western Michigan Christian High School.  He lives in Rothbury with his wife and four daughters, and is currently the Rothbury Village President. Scott is employed by the City of Montague as the Foreman for the Department of Public Works where he has worked for the past 17 years.

Dr. James E. Brown was appointed to the Board in June 2019.  Dr. Brown grew up in Claybanks Township in Oceana County and received his first 9 years of education at Green School in Claybanks.  He graduated from Montague High School in 1963 and subsequently received a B.S. in Chemistry from the University of Michigan and a Masters and Ph.D. degree in Slavic languages from the University of Wisconsin- Madison. Dr. Brown taught Russian language and culture for 25 years at the University of Hawaii-Manoa before returning to retire in Montague.  He enjoys gardening, music and reading.  Dr. Brown believes that insuring the quality education of our children is the single most important task of our community and the Board of Education. 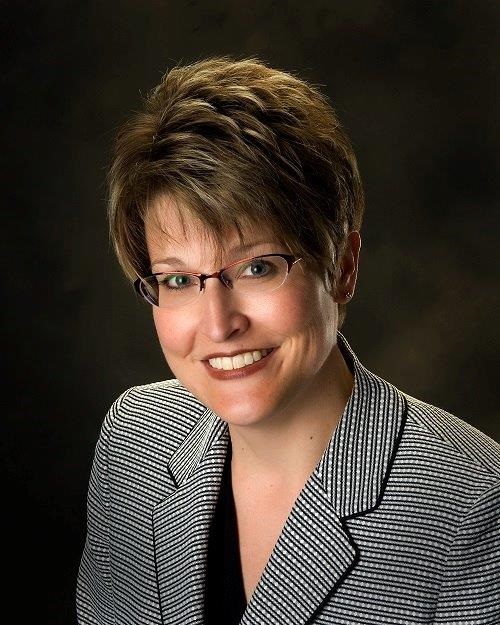 Mrs. Hagen is a Montague graduate and a life-long resident of Montague. She
obtained a Bachelor of Science in Business Administration from Central Michigan University and later, a Master of Business Administration from Ferris State University. For more than 20 years, she has worked for Pratt & Whitney, a
manufacturer of aircraft engines, and is currently a Sr. Human Resources Manager supporting executives, managers, and employees across the United States and Canada.  Mrs. Hagen is proud of the educational opportunities offered at Montague Area Public Schools. Her husband, Eric, is a Montague graduate and their two sons attend Montague High School. She believes that critical thinking and ethical decision-making are the basis of an outstanding school system.

Regular Board Meetings are held in the MHS CAT Lab and begin at 6:00 p.m.

Minutes are posted to the website after they are approved by the Board at a scheduled meeting.

Any person with a disability who needs accommodation for participation in our meetings should contact Mr. Jeffrey Johnson, Superintendent, at 231-893-1515, in advance of the meeting. The Board of Education does not discriminate on the basis of race, color, national origin, sex, (including sexual orientation or transgender identity), disability, age, religion, height, weight, marital or family status, military status, ancestry, genetic information, or any other legally protected category, (collectively, "Protected Classes"), in its programs and activities, including employment opportunities. Any questions or concerns should be directed to the District’s compliance officer:  Jeffrey W. Johnson, Superintendent, 4882 Stanton Blvd., Montague, MI  49437, 231-893-1515.