Coach Osborne is a 1988 Montague High School graduate and was a member of the 1988 Conference and District Championship basketball team. After high school, he played two years at Muskegon Community College, which was the JUCO national runner-up team in 1990. Coach Osborne, and his wife Deborah, have four children, Braquelle, Kendall, Hunter and Garde.  He is currently a teacher at Mona Shores Middle School. Coach Osborne has coached Montague AYBT, JV and Varsity, for seven years, Montague High School JV for three years and spent one year coaching the Varsity boys team at Orchard View. Coach Osborne became the Montague boys basketball varsity coach in 2007.  He is extremely excited about coaching in Montague and working hard with the talented student athletes in order to make sure their full potential is reached.

Coach Petereson began with the Wildcats in the 2012-2013 season. He brings 25 years of coaching experience to the Montague Basketball program. A majority of those years involve coaching Football at Mona Shores, Reeths-Puffer, Muskegon, and Montague. Coach Peterson's experience also includes basketball with the Mona Shores Middle School program as well as other youth basketball, football and baseball programs.  Coach Peterson enjoys coaching all sports and is eager to learn and contribute to the future of Montague basketball. 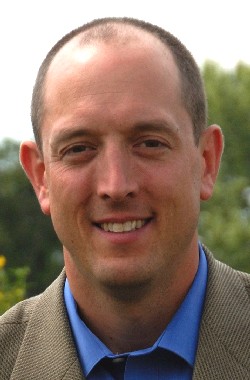 Coach Lindquist is a 1988 Montague High School graduate and was a member of the 1988 Conference and District Championship basketball team.  He attended Alma College after high school where he played basketball for three years.  Coach Lindquist graduated from Alma College with an elementary education degree and married his wife, Becky, in 1993.  He is now the Associate Superintendent for Academics at the Muskegon Area ISD and previously was an elementary school principal in Greenville.  Coach Lindquist's first job was in Mackinaw City as a teacher and started his coaching career with the Comets in 1992, coaching both girls varsity and boys JV teams for six years.  He continued coaching when he and his wife moved to Greenville in 1998, leading the varsity Lady Jackets for five years.  Coach Lindquist has enjoyed his return to the Wildcat basketball program as an assistant, and is looking forward to continuing to work with the student athletes at his alma mater.  Go Cats!